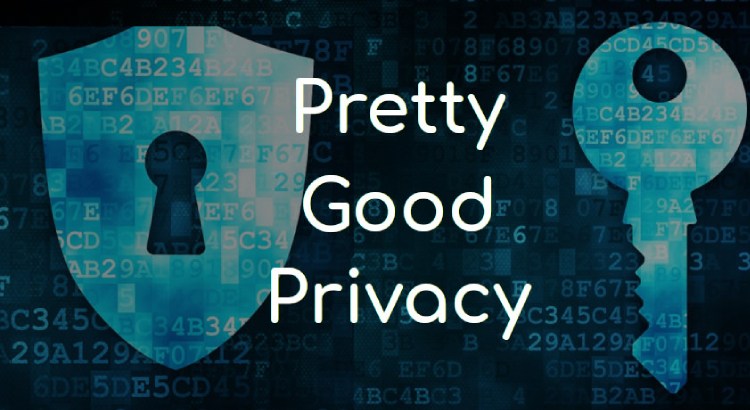 Don’t you hate, when you are on public transport, and the person sitting beside you keeps staring at your phone? Well, it is precisely the case when we are surfing the World Wide Web. There are people in the digital world who like to poke their nose in your business. That’s not good, right? Well, you know what is good? The encryption technology enables you to encrypt your sensitive files and emails. Do you know? What is interesting? Well, the name of the technology pretty much sums it up. In the digital world, you can trust Pretty Good Privacy (PGP). It is an encryption method that was invented back in 1991, now become the de facto standard for email security.

Follow along with this blog until the end, and we will give you in-depth knowledge of endpoint encryption, a.k.a. Pretty Good Encryption (PGP) technology.

PGP is similar to other encryption systems, such as Kerberos encryption, through which we authenticate network users. The other one is SSL that we use to secure websites. If we put it in simpler terms, then PGP Encryption uses a combination of both symmetric encryption and public-key encryption.

We can dive deep into the technicalities and complex mathematics, all we want, but it would perplex the non-technical heads who are here to gain some basic knowledge. Keeping that in mind, let us keep it simple and understand the complex maths with words and sentences that even a five-year-old can understand.

First step-
Initially, PGP generates a random session key with the help of two algorithms. The best thing about these keys is they use a unique string of numbers that you can use once.

Step two-
The next step in its process is it would get encrypted. It is implemented by using the public key of the receiver. Every public key is tied to the person’s identity, and you can use it to send them a message.

Step three-
It is the final stage in the process where the sender sends the encrypted data to the receiver. Once the message is received by the receiver, they can decrypt it using their private key.

What are the uses of Pretty Good Privacy (PGP) encryption?

If we talk about what are the uses of PGP Encryption, then here are some of its uses-

• Sending and receiving encrypted emails.
• Identity verification of the person who has sent you the messages.
• Encryption of the files stored on the cloud storage or in your local device.

Initially, this method was mainly used by political activists, journalists, and people who deal with sensitive information. On top of that, it was first designed by a political activist named Paul Zimmerman. In recent times, the popularity of PGP encryption has grown. With every passing day, cybersecurity threats are increasing. Data breaches are some of the most common issues people facing. On top of that, a large number of corporations and governments are collecting private information. Therefore, people come to a realization and rely on using endpoint encryption.

Another great use of this technology is email verification. It comes in handy for journalists. If a journalist is unsure about the identity of a person who is sending them emails, they can use a digital signature along with PGP to verify the details. Digital signature work on an algorithm that combines the sender’s public key with the data they send. The algorithm generates hash functionality to convert any message they send to a fixed size block of data. Lastly, they encrypt the email by using the sender’s private key. It is one of the best methods to verify the sender’s identity. If even one character of the message is changed, then the receiver will know that the sender is using a fake digital signature. Therefore, PGP encryption is essential for security.

Another most common use of the technology is the encryption of files. It is one of the most secure ways to encrypt your files at rest. The PGP technology uses an RSA algorithm, which is essentially unbreakable. On top of that, if you use along Threat Detection and Response solution, then it is just the icing on the cake.

The RSA algorithm is highly secure even; high-profile malware such as the CryptoLocker malware uses it.

Pros and Cons of PGP Encryption-

Nothing is perfect, especially when it comes to ever-changing technology. Therefore, we are pointing out some of the pros and cons you might consider before deciding whether you want endpoint encryption or not.

One of the biggest pros that PGP encryption is that it is essentially unbreakable. It is the biggest reason why journalists and political activists trust this technology. It is also regarded as the best way of improving cloud security. No one can exploit the algorithm. It does not matter if they are a devious hacker or even NSA.

Encryption and Data Loss Prevention (DLP) is one of the biggest concerns for the business. Hence, it is essential for them to take strict measures to safeguard their data. In addition, it becomes evident when they handle a lot of sensitive information.

If you still have questions about how endpoint detection works or whether it would be beneficial for you not, then you can reach out to our experts. We at Support Nerds are more than happy to help you out with all your tech queries. In fact, we will offer you phenomenal cybersecurity solutions to meet your business needs. So do not wait and let your business suffer. Give us a call, and our seasoned professionals will be there at your service in no time.

This miniature IBM z15 model allows you to hold an entire #IBM system in the palm of your hand. At 19 inches wide, the actual z15 can hold up to 16 TB of data and brings security to your cloud. See how: https://oal.lu/U1qBJ Contact @supportnerdsinc to know more.

What is #AI? Here is everything you need to know about #ArtificialIntelligence. https://oal.lu/ZEQAQ #technology #supportnerdsinc

There is no substitute for best practices in IT security. Learn how to protect your data from cybercrime attacks. From @ErickaChick #cybersecurity #healthcare https://oal.lu/bHeyn

37% of online shoppers trust #Amazon, #E-Bay and #Etsy to protect them from #onlinefraud versus 5% trusting independent online retailers. Here's how improving #security at checkout is key to growing #ECommerce sales. https://oal.lu/UKIkE

SupportNerds wishes everyone a happy festive time. We Wish You a Merry Christmas and a Happy New Year filled with joy, happiness & health.